Speaker at the Mindful Living Show 2019 – Are you a human doing or human being? 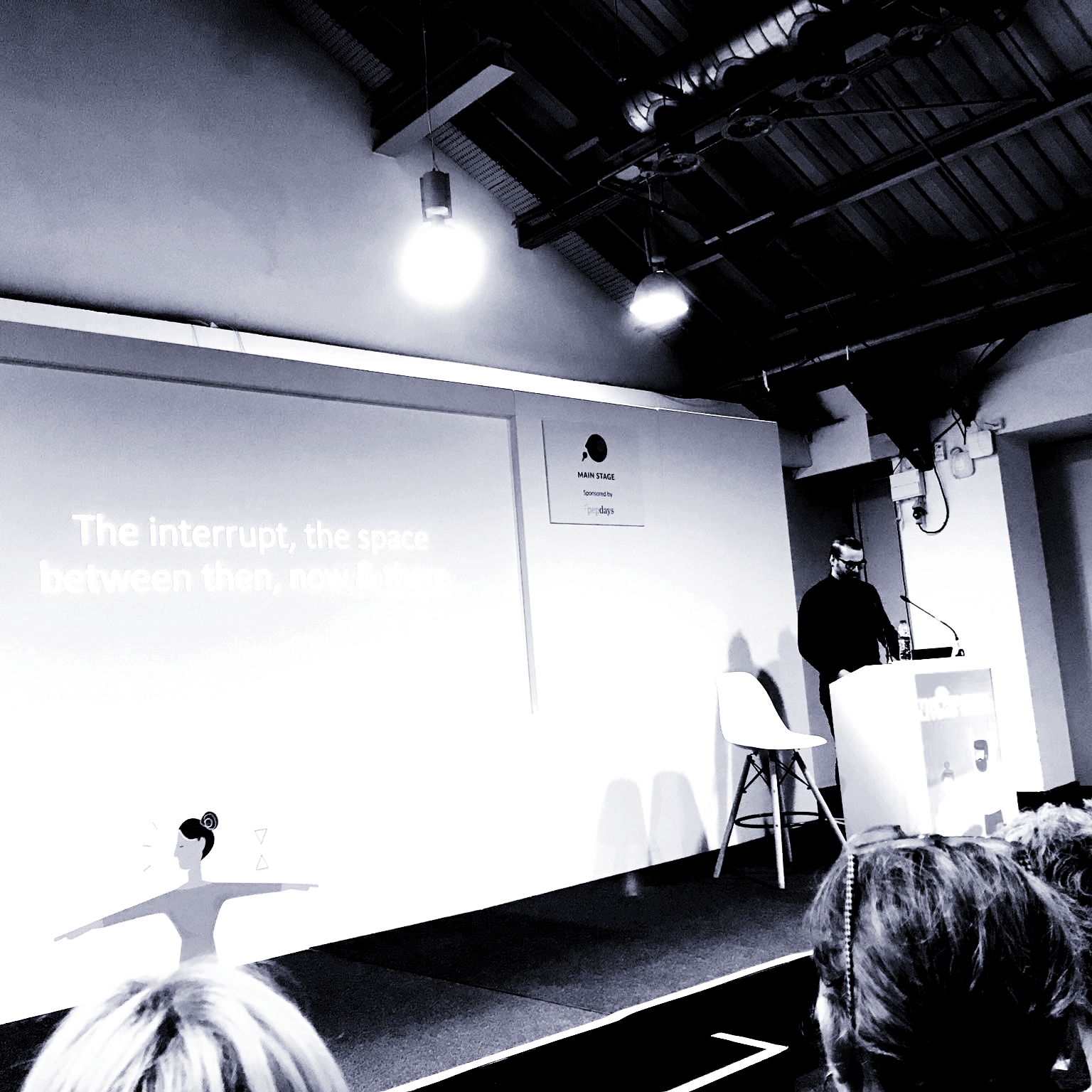 Speaker at the Mindful Living Show 2019 – Are we HUMAN BEINGS or HUMAN DOERS?

…that is the question!

So, are you a human doer or a human being? In reality I think the majority of us do more than just simply ‘be’.

During the last couple of hundred years life has become progressively faster and busier, apparently culminating at the end of the 20th Century and beginning of the 21st with the dawning of the technical revolution, where experts predicted that IT and the internet would simplify everything and make life easier for us all. Efficiency and automation were the topic of conversations for those ‘in the know’ and apparently we were going to work less hours, be less stressed and our lives were going to be bliss!

In fact, the opposite has happened. Life has become faster and more complicated in many ways. Impatience has become the norm. Instead of an eight hour, five days per week society, we have become an ants’ nest of 24/7 activity, with many corporations employing a ‘follow the sun’ philosophy, where their doors are always open (or rather their phones are always on!). If we’re not working we’re watching TV, surfing, streaming, downloading, posting or ‘chatting’.

As human beings we have come to emulate the instantaneous speed at which computers run, reacting to the demands of emails, pop-ups and reminders, we panic if we mislay our mobile phones, or if our iPads won’t start. Our brains have become a virtual spaghetti junction, with constant traffic or traffic jams, looking like chaos from above. We have developed a sense of paranoia, being monitored more than ever before, with statistics being available for almost every activity we become involved in and big brother watching us permanently!

Because of this, rather than finding time just being, we have become ‘human doers’, offering no space or peace to our minds. Simply being seems to have been relegated, almost to the point where it’s equated with a mere, bare-bones existence. So we call ourselves Human Beings, but in reality we are “Human Doers” and the word “being” is resigned to a bodily existence, basically a physical entity.

In his book In Praise of Slowness, author Carl Honore (pronounced ‘Honoray’) discusses our obsession with efficiency and speed and how (in 2005 when the book was published, but more relevant today), the World is looking at ways to slow down. (1)

In Shakespeare’s most famous soliloquy, “To be or not to be, that is the question”, Hamlet isn’t talking about being in its wider, truer sense: he’s talking about bodily existence, debating whether or not to commit suicide. He is contemplating the option of continuing to deal with what is a horrible time in his life, or to end being by ending life, which would provide him with permanent sleep, or peace. However, he fears that once dead, he will suffer terrible dreams and with life after death being a mystery, could it be worse than life?

Hamlet ultimately feels somewhat helpless: he believes that by being alive, he has no control and by being dead he believes he has ultimate control, but he goes around in circles because death for him is such a mystery.

Using Hamlet’s consideration of making the ultimate sacrifice to find calm, to find peace or to venture into the unknown as an analogy is somewhat extreme, but provides us with an example of a mind that is so full, so busy and so full of turmoil, it is in a state of confusion, despite seeming to be compos mentis. It also reflects lack of control.

For us, turmoil and lack of control are very clear symptoms of doing more than being.

Sadly most of us doers are constantly focussed on outcomes which we either achieve or not. We set goals or tasks that are unachievable, set too many or worry about not having enough, floating from one daily chore to another. We set out with the best of intentions but become diverted by one or a number of other demands, planned or unexpected. Our to-do lists regularly roll over to following days and our priorities are often changing.

Doing on a permanent basis is detrimental to our mental health. Our minds get little or no time to rest. Even during sleep, our minds can become active and we unconsciously worry about what we were supposed to do yesterday or should be doing tomorrow. This constant stream of electrical messages is mentally and even physically exhausting.

Just being or doing absolutely nothing is a healthy way to live and accepting that you are going to do absolutely nothing is even healthier. Doing nothing grounds us and enables us to shed those day to day concerns. The direct effect is that our daily lives become much easier, our thought processes become calmer and everything seems simpler.

Mindfulness has in recent years become a trendy buzzword, is now a popular form of therapy and some see it as an alternative to meditation. But what actually is mindfulness? It could be described as a basic human ability to be fully present, focused on the moment, aware of where we are and what we’re doing and not overly reactive or overwhelmed by what’s going on around us.

It can be used to calm that over-active mind, enabling us to switch off from the chaos and attain that desired sense of calm. It can enable us to achieve more in a state of flow, with life becoming easier than before, stress reducing massively, emotions become more positive and it provides a consistent sense of calm. It can help us to do absolutely nothing.

However, it takes some effort to achieve the ability to become mindful and some of us are so busy, we don’t seem to find- or make the time to practice!

But is mindfulness a panacea, or the perfect modern therapy?

In reality, in many cases mindfulness could be re-labelled as mind-FULL-ness, whereby instead of feeling a sense of presence, a feeling of guilt pervades because you can’t find time to practice, or a feeling of guilt if you believe you haven’t performed it as well as you could or feel you should, or after constant practice you think you are ‘doing it wrong’ because you are not experiencing the desired results or maybe you set yourself unrealistic expectations.

As a result, mindfulness doesn’t do what you assumed it was designed to do, because presence has now been replaced with stress or even distress. This clearly has the opposite effect of its intentions and in some cases, can exacerbate the chaos, adding more worries to the list.

There is good evidence that doing nothing is more than OK – it is great for you. According to Manfred Kets de Vries, Clinical Professor of Leadership Development,

“… doing nothing and being bored can be invaluable to the creative process. In our present networked society, introspection and reflection have become lost arts. Instead, we are at risk of becoming victims of informational overload. The balance between activity and inactivity has become seriously out of sync. However, doing nothing is a great way to induce states of mind that nurture our imagination. Slacking off may be the best thing we can do for our mental health. Seemingly inactive states of mind can be an incubation period for future bursts of creativity. Keeping busy can be a very effective defence mechanism for warding off disturbing thoughts and feelings. But by resorting to manic-like behaviour we suppress the truth of our feelings and concerns, consciously or unconsciously avoiding periods of uninterrupted, freely associative thoughts. Yet unconscious thought processes can generate novel ideas and solutions more effectively than a conscious focus on problem solving.”

Mindfulness can also enhance attentiveness, something that Psychology Professor David Strayer of the University of Utah describes as the Holy Grail. Focus and attention can be disrupted by doing too much and being too little.

Professor Strayer says that understanding how attention works could help in the treatment of a host of maladies, like attention deficit disorder, schizophrenia and depression. And he says that on a day-to-day basis, too much digital stimulation can “take people who would be functioning O.K. and put them in a range where they’re not psychologically healthy.”(2)

So, mindfulness creates a healthy life. However, because of the potential negative impact of the practice of mindfulness as previously mentioned, would it not be useful to find a quick way to revert to being, simply existing, in that space we call nothing? Finding the space between, then, now and there, which I like to think of as the interrupt, ie, the indifference, the nothingness.

Ask yourself now how much of a being you are, or how much of a doer you are… can I see a show of hands from those of you who believe you are more being than doing? How many of you practice mindfulness on a day to day basis? How would you like to learn a rapid way of accessing a state of mindfulness?

There is a method that can create a state of mindfulness almost instantaneously – Hypnosis gets you straight in that state. Using a clinician like me or any other professional can put you in such a state and I am going to demonstrate that to you shortly. However, this is something that can be easily learned and put into practice without the help of a hypnotherapist. I like to use the word Autotherapy, which technically is the self-treatment of a medical condition, but in this context can be used to describe somebody who puts themselves into a state of trance.

Do you know that simply walking can help put us into a state of mindfulness? When we walk, we can easily switch off by focusing on being and on our surroundings, especially when we walk in nature. 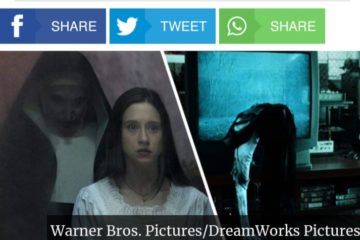 Horrifying movies are actually good for you

Horror movies come part-and-parcel with the spooky season, as friends and families around the world huddle around their screens to relish in ‘tasty, tasty, beautiful fear’. To read more click the link below. Published by Read more… 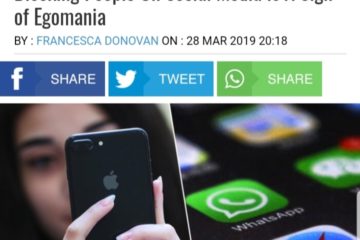 Blocking people on social media is a sign of egomania

Our little online bubbles allow us to engage in global debates, and expand our horizons like never before, until we get bored or offended enough to block anyone who doesn’t buy phentermine with online consultation Read more… 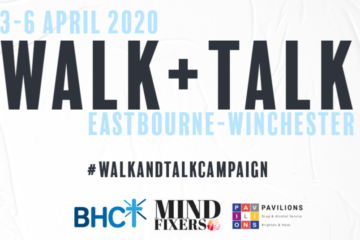